Cognition, Consciousness, and Dualism in the Fiction of David Foster Wallace 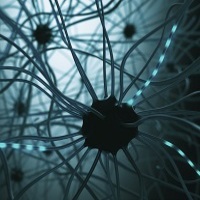 Though David Foster Wallace is well known for his oft-quoted statement that "fiction’s about what it is to be a human being," the major studies of his fiction hardly engage with cognition and consciousness – the source of the human being – in Wallace’s work. This is all the more surprising because Wallace is unusual among his contemporaries in having extensive academic training in philosophy, while his archive reveals that he was especially interested in cognitive science, so his engagement with these ideas is both informed and informative. I am particularly interested in the tension in Wallace's work between the contemporary model of mind as (in Antonio Damasio's words) "embodied" as well as "embrained," and older models of selfhood, such as Cartesian dualism (a.k.a. the "ghost in the machine"). Though all of Wallace's writing is informed by the scientific understanding that "the mind is what the brain does," Cartesian ghosts still haunt his pages, clinging to the machines from which they have been decisively evicted. By setting Wallace's fiction and nonfiction against a complex history of cognition, stemming from René Descartes and William James down to modern cognitive science, my aim is ultimately to enlarge and contribute to both Wallace Studies and Cognitive Literary Criticism by bringing them into dialogue with one another.