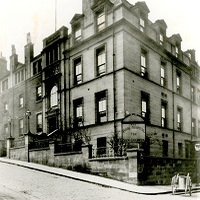 A four-year project (of which two years were unfunded) which explores the social history of Glasgow’s Royal Hospital for Sick Children. The project made use of extensive archival research and around 100 oral testimonies. It begins in 1861 when the idea of a children’s hospital for Glasgow that would service communities from Cape Wrath to Galloway, the eventual opening in December 1882, move to Yorkhill in 1914, evacuation to Oakbank from 1966 to 1971, and transfer to Linthouse in 2015.

The project will conclude shortly with the publication of Child Health in Scotland: A History of Glasgow’s Royal Hospital for Sick Children.