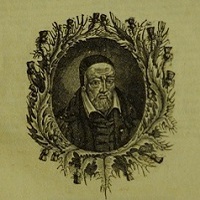 In the early nineteenth century, Edinburgh was the capital of medical education and research in Britain and also laid claim to a thriving periodical culture, which served as a significant medium for the dissemination and exchange of medical and literary ideas throughout Britain, the colonies, and beyond. The influence of medical culture on English Romantic writers is well-established, but the same has yet to explored in regard to a distinctive Scottish Romanticism. The innovative form and ideology of Blackwood's Edinburgh Magazine, the most influential literary periodical of Romantic-era Scotland, particularly enabled medico-literary synergy, and this project examines several contributors to Blackwood's who also practiced medicine or received medical training. These writers had wide-ranging careers, producing significant medical texts and also contributing to numerous other periodicals, such as the Quarterly Review, the Scots Magazine and Fraser's Magazine. Through a study of their role in making Blackwood's such an influential site of Romantic medico-literary production and the function of journalistic and imaginative writing in their broader medical practice, this project examines how the Scottish periodical press cross-fertilised medical and literary ideas in the nineteenth century.

‘“Why are Professional Men Indifferent Poets?”: John Keats and the Construction of the Physician-Poet in Blackwood’s Edinburgh Magazine’, Guy’s Hospital London, 1-3 May 2015

‘Medical Tales for the Masses: Samuel Warren’s Passages from the Diary of a Late Physician’, NeMLA, Susquehanna University, 3-6 April 2014

‘Nineteenth-Century Medical Morality and Narrative Authority: The Case of Samuel Warren’s Passages from the Diary of a Late Physician (1830-1837)’, Attentive Writers: Healthcare, Authorship, and Authority, University of Glasgow, 23-25 August 2013

‘The Popular and the Professional: Medicine in the Nineteenth-Century Scottish Periodical Press’, Healing and Curing, University of Glasgow, 27-28 August 2012

‘Medical Culture in the Public Sphere: A Context for James Hogg’, James Hogg and the Romantics, University of Glasgow, 29 June-1 July 2012

‘Medicine and the Public in the Era of Reform: The Case of Samuel Warren's Passages from the Diary of a Late Physician (1830-1837)’, Royal College of Physicians and Surgeons, Glasgow, Coffee Conversations in the Library series, 3 December 2014.