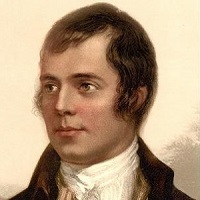 "Melancholy and low spirits are half my disease”: Physical and mental health in the life and work of Robert Burns

When Robert Burns (1759–1796) died at the young age of 37, he had written and collected over 700 poems and songs, garnering considerable national and international success which still sees his life and work celebrated around the modern world.

Burns had a complicated and tempestuous personal history, with bouts of melancholic depression and instability in his relationships, including a series of extramarital affairs. It is possible that his life history and physical health may have been influenced, at least to some degree, by a severe disorder of mood such as depression or bipolar disorder (known previously as manic depression). Although some commentators have suggested this as a possibility, there has to date been no systematic assessment of this area, meaning we lack an understanding of this important aspect of the bard’s life.

This project will examine the extensive but unsystematic body of writing about Burns’s physical and mental health, trace biographical moments of health-related stress alongside creative output and examine something of the mental health of the Burns family tree. It will also look at concepts of mental and physical health in the late eighteenth century, while engaging with modern theories linking psychiatric disorder and creativity. Drawing these fields of enquiry together, the project aims to develop a greater understanding of Burns’s mental health throughout his life and the ways in which this impacted the quality, quantity and content of his creative output. Within the wider context, it also looks to add to the debate surrounding the stigmatisation of people with mental health issues, and the challenges they face.