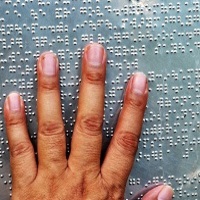 'Disability Studies, Genre, and Form' is a seminar and symposium series run by Hannah Tweed (Glasgow) and Susan Anderson (Leeds Trinity), aimed at bringing together academics working in disability studies and specialists in genre studies, theatre, and film and television studies. Based at the University of Glasgow and Leeds Trinity University, the 2015-2016 programme includes the following events: