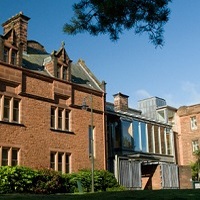 As the population ages and the number of deaths increases, so the need for palliative care at the end of life is growing. But how can clinicians and services best identify those who might benefit from palliative care?

In March 2014 Professor David Clark and his team published a paper showing the likelihood of death within 12 months among a cohort of all hospital inpatients in Scotland on a fixed ‘census’ date.

It was the first time such a study had been conducted anywhere in the world. The study has been a massive call to action for hospitals to give greater priority to identifying inpatients who might benefit from palliative care.

The study quickly attracted the attention of Scottish government officials and has been referenced in key documents relating to seven-day care, and the production of Scotland’s Strategic Framework for Action on Palliative and End of Life Care. So much so that Professor Clark has been invited to take the role of Consulting Editor on this framework.

Professor Clark uses his popular End of Life Studies blog (http://endoflifestudies.academicblogs.co.uk/) to discuss the study and responses to its findings.