Social and Emotional History of Syphilis in the Early Modern Period 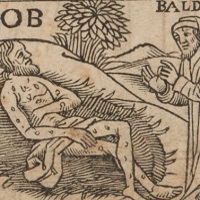 The remarkable collection of books and pamphlets on syphilis from their earliest appearances in 1495 to 1820, held in the University of Glasgow’s Special Collections and recently made more accessible through an analytical catalogue will support an investigation into understanding the medical, social, and emotional history of the disease over three-hundred years. This history crosses major medical and intellectual divides - Renaissance humanism, the Reformation, the Counter Reformation, the ‘decline of magic’, the Enlightenment, and the surgical and epidemiological breakthroughs of the late eighteenth century. The current historiography suggests that progress in medicine from the seventeenth-century scientific revolution to the late nineteenth-century ‘laboratory revolution’ made this and other pandemic diseases progressively more comprehensible and thus less prone to placing blame on outsiders and persecuting the victims of disease. But syphilis’ cultural toxicity spread in the opposite direction. From the late sixteenth century to the nineteenth century and beyond, women became increasingly the targets of blame and the syphilitic of both sexes were punished for acquiring this sexually transmitted disease. Glasgow’s collection of 246 pamphlets on syphilis will serve as the gateway to explore the emotional life of this disease in broader contexts including that of other pandemic diseases in early modern Europe and the New World.