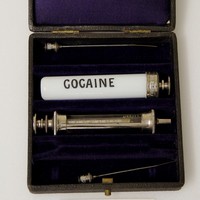 ‘Cocaine and Cultural Mythology’ is the first significant study of cocaine in the cultural imagination of the late nineteenth and early twentieth centuries. In 1884 it was discovered that cocaine could be used as the first effective local anaesthetic, and the drug rapidly captured both the medical and the popular imagination. Medical writers, authors, and journalists alike celebrated cocaine as the culmination of nineteenth-century therapeutic technology.

Existing studies of cocaine have tended to prioritise either the historical, political, and economic factors that lead to its criminalisation, or have treated it merely as part of a more general discussion of substance addiction. This study focuses on literary representations of cocaine to establish the cultural and symbolic function of the drug in (among others) representations of the medical professional, medical technological innovation, the gendered relationships between patients and practitioners, and the impact of medical discoveries on colonial relationships.