To Preserve the Fighting Strength: trauma and resilience in the narratives of medical veterans who served in the Vietnam War 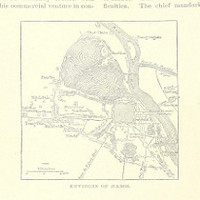 This project explores the experiences of the nurses, doctors and enlisted medics who served in the United States military during the Vietnam War. Their contributions to the war effort were vital, and yet medics' role in Vietnam seems to have been erased from public memory and academic research on the war. My research primarily focuses on oral history interviews with medical veterans conducted in the post-9/11 era. I am interested in how medics have remembered their wartime experiences, and how their narratives have been influenced by the changing historical and cultural context around them. The thesis questions whether medical veterans' professional duties, their identity, and their post-war readjustment have shaped their understanding and experiences of war-related mental health disorders, including Post-Traumatic Stress Disorder (PTSD).